The longest soft launch ever launched

We’ve been trying to find time to post an update for… well, a couple of months now. The last time we wrote, we had two beers on tap – huh?! Okay, so it’s high time we posted some news.

The Uxbridge community, and people from many surrounding communities, have been incredible in their support of our little brewery “over behind the feed store.” We have a steady stream of regulars, and lots of new faces coming in every day. We’ve got 6 beers on tap now — four year-round beers and two seasonals, including our latest, Smoked Wheat on Rye. We’ve been busy keeping up with our tasting room traffic, but happy to supply a growing number of bars and restaurants who are going through kegs real fast. We’ve just hired a bunch of the coolest, smartest, friendliest summer front-of-house staff you’re ever going to meet. We have amazing live music nearly every Sunday afternoon. We’ve had a blast toasting brand-new beers with our growler club members. Dogs love us, and we love them.

So what’s next? Lots! We’re breaking ground this week on our beer garden, which will mean plenty more seating and a chance to enjoy a beer or two in the great outdoors. Did you know we have a brook running through the back of our lot? We do, and it’s awesome. We’re working with our friends at Foggy River Farm and Jeff Baker Woodworks to create a little magic back there.

We’re planning our grand opening, which will finally be happening here… drumroll… the weekend of June 4! We’re officially launching the brewery, but also launching the beer garden on that very weekend. Because we’re really optimistic about this beer garden coming together perfectly in time! We’ll have lots of details soon, but in the meantime, mark that weekend in your calendar cause you won’t want to miss it.

We’re also taking part in lots of beer festivals and other events this summer – with an offsite “something” just about every week. Watch for us at the Durham Craft Beer Festival and Griffin Session Muskoka, to name just two!

Thanks to the many, many people who have made our soft launch so “grand.” 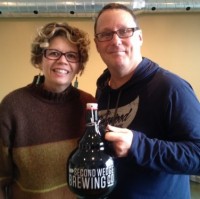 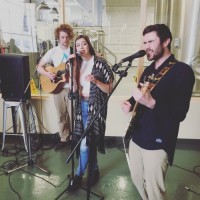 Sundays were made for live music

Sadie loves you so very much 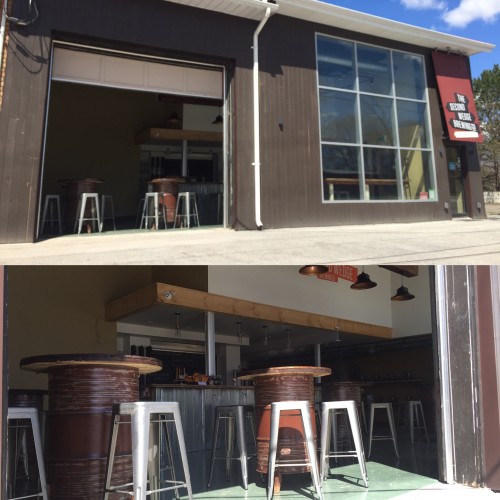